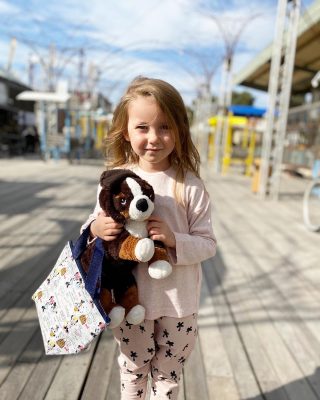 We are the parents of a wonderful little girl, who has just turned five. Adele was a long-awaited child, and she became a small universe for us. The pregnancy went well, and within 40 weeks Adele was born. But the first thing I heard after her scream was my husband’s question (he was present during the pregnancy): “Will this go away?” And then the doctor’s answer: “No.”

A bolt from the blue

This was about a giant birthmark that was covering part of her back, buttock and one leg almost down to her knee. The birthmark wasn’t detected by any ultrasounds or screenings. It came as a total surprise for her parents. So the moment of their greatest joy also made them absolutely terrified for their little girl’s future. 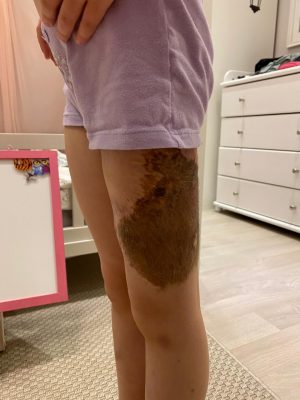 Adele was diagnosed with Giant Congenital Melanocytic Nevus. This kind of nevus is rare and very dangerous, as it has a much higher probability of becoming a malignant melanoma than regular birthmarks. Because of its large size and position, there’s a high chance of accidentally damaging the nevus, which often leads to cancer. 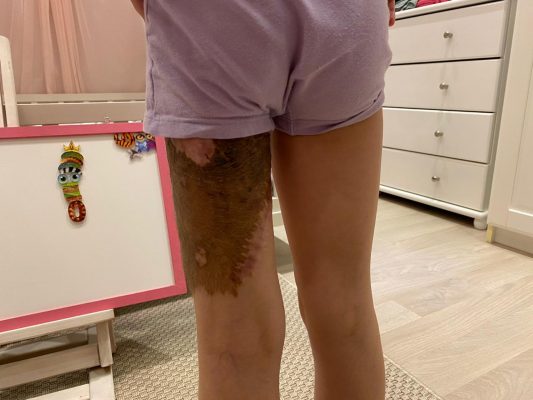 Despite the dangers related to this procedure, we have made the decision to remove the nevus. In Russia, these operations are only available to children older than three, but in the case with a giant nevus, it becomes a question of days. Younger children have more elastic skin with a higher chance of regeneration. And there is only a limited number of surgeons who specialize in removing giant nevi, which makes our situation even more difficult. 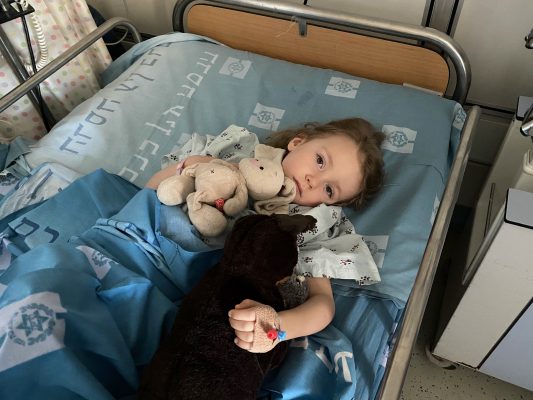 The first victories – but not the last

Adele has already gone through 4 stages of treatment. Each stage has a duration of 3-4 months, including 2 or 3 complicated surgeries that take many hours of work and 10 weekly procedures. This is followed by a recovery process that takes another two months! And during this entire time, Adele’s movements are limited. She’s not allowed to run, jump, or even sit for months. She has already gone through 10 operations and she has another 10 ahead of her, but Adele is a true fighter! 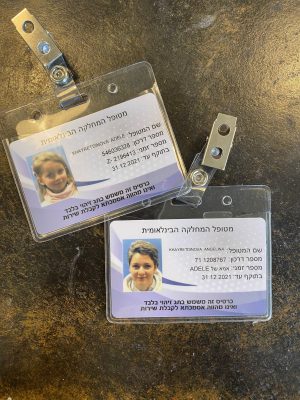 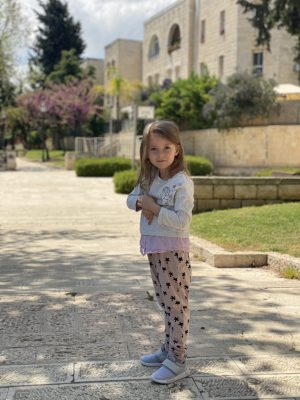 To conquer the nevus once and for all, Adele needs to continue her treatments, but we won’t manage it without your help, because the treatments are extremely expensive. We need to raise 40 000 euros (by freezing 40 000 PLC). We sincerely hope for help from people who care about the lives of others, and Adele’s life in particular. We will be eternally grateful for any kind of help. Our little girl’s health and happiness are in your hands!

Register by clicking the button below